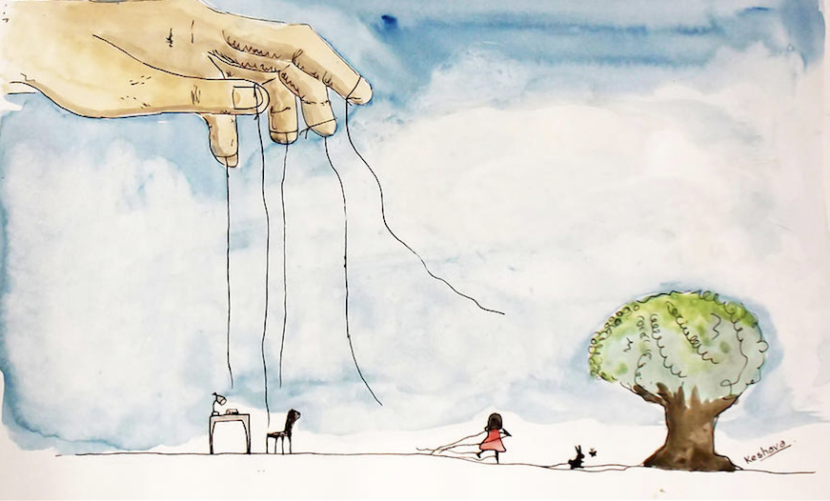 In the winter of 2003 I awoke one morning with a sudden realization that I would never sabotage my life consciously. That no one, in fact, ever sabotages their life consciously. That no one has ever woken up in the morning, gone to their bathroom mirror, and with utter sincerity, and complete conviction looked at themselves right in the eyes and said: today I’m gonna screw you over.

It doesn’t happen. And yet the unnerving fact remains that we all do so constantly. Literally non-stop. Day after day, week after week, month after month, year after year we somehow manage to sabotage ourselves in a multitude of infinitesimally small and large ways continuously.

When I first came to this understanding it perplexed me, then infuriated me, and then began obsessing me with such a maddening frenzy that I decided I couldn’t take another step in my life until I could answer one simple question:

If I wasn’t sabotaging myself consciously … then who was?

This was the day that I began an experiment to understand my unconscious. The parts of myself that were influencing me without my conscious awareness.

The experiment was simple.

I would resist every impulse that I experienced within me, no matter how great or small.

The premise being that only by saying “no” to absolutely everything would I ever be truly sure that I was able to say “yes” … to anything.

Because if I continued acting in ways that I wanted to, or that seemed pleasurable, or appropriate, or justifiable, I would never be sure that I was ever really choosing to do so, or simply accepting the predetermination of a highly convincing, unconscious impulse to.

It sounds weird, I know.

But bear with me.

I began my experiments slowly, gradually at first, actively suffering through uncomfortable silences, resisting the urge to adopt a defensive posture when criticized, and engaging in a level of vulnerability that unnerved those around me. In public restrooms and elevators I began to fart loudly.

I then upped the ante and began stepping into scenarios that would trigger a level of fear that I would have previously avoided without a second thought. Exploring dangerous areas late at night, walking down dark, deserted city streets, and wandering the countryside on evenings with no moon in my boxer shorts. None of these things felt right in any sense of the word. By all accounts I has lost my marbles and gone bananas. It was a certifiable no-marbles-all-fruit situation. And yet only in these moments could I be sure that I wasn’t being controlled. The very process of actively attempting to trigger my Self Preservation Instinct, which I would then begin actively moving against, became my own form of internal resistance training. A kind of psycho-emotional body building.

Walking towards barking dogs, climbing to the top of roofs, I would scrutinize my fear’s attempt to overwhelm me in an ever expanding crescendo of physical, emotional, and mental impulses willing me to act in very specific ways. But not my will. The will of my Sympathetic Nervous System, of my Conditioning and Hard Wiring. The will of everything but me.

The process of counter-acting and eventually gaining some measure of control over this process was where I ultimately found my work. Where I discovered the potential to build a muscle I had never even been told existed, let alone that I badly needed strengthening.

As the practice became clearer I realized that it was not so much what I did, as much as how it felt inside while I did it. Going with convention in certain instances I found harder than against it. Rebelling in one scenario might suddenly become easier than simply accepting it. For a time it was a confusing, confounding process, and on many occasions I found myself tangled up in knots. But like an elimination diet I kept to the notion that unless I continually went against what felt right, I would never be able to separate an act that I chose to do of my own free will, and one that my Hard Wiring and Conditioning had chosen for me. Unless I was able to move against every impulse that screamed NO to me I would never be truly sure that I alone was the author of my YES.

My first breakthrough came one evening among a group of acquaintances having dinner. I hadn’t socialized at all during this time, but for some reason an invitation was extended and I accepted. An intimate encounter with a small group whom I only knew through a single friend.

I didn’t say much over the course of the evening but as it progressed my thoughts turned again to free will. Looking around the table at everyone I slowly began to wonder how much free will we were all expressing if we were only ever saying what felt like the most natural, intelligent, and most appropriate thing for us to say? If every comment, quip, riposte, or question felt right to say, then how could we ever prove that there was free will in saying it? How would we ever tell the difference between a conversation that our conditioning was having, and one that we were?

I began to watch myself at this point, and ever so slowly I began to explore what it felt like to say something ever so slightly ignorant, or inappropriate, or flat out wrong. And not something appropriately ignorant, or culturally acceptably inappropriate, or amusingly wrong, but something that made everyone turn and think that I had literally blundered. As if I had very clearly humiliated myself in front of individuals that I respected, and in whose presence I absolutely did not want to appear foolish.

Almost immediately I began sweating profusely, my face went red and my body began to shake with adrenaline. It felt like the most radical internal contortion that I had ever engaged in. The more I continued the more I found myself actively entering a full blown limbic response. And yet in those moments my practice became crystal clear – to identify the exact last place in the world that every layer of my own personal, societal, and cultural conditioning wanted me to go, and the last thing in the world that it wanted me to say … and then go there … and to then say it.

It was in this ludicrous, maddening, all-fruit exercise that I suddenly became more certain than ever that I was acting freely. Perhaps even more freely than I had ever done previously. Because it felt as if I was literally pushing against the entire world. As if for the first time in my life I had through sheer force of will, and clarity of intention, taken hold of the strings of my own human marionette from within, and was moving them in a direction that I alone willed in spite of everything that attempted to prevent me. It literally felt as if I was finally charging, stumbling and staggering with wild bulging eyes outside the existential grooves that had been pre-carved by the very universe to protect and … limit me.

Yet as my own internal space thrashed, and my mind screamed, and my emotions raged, I continued moving, talking all the while regardless of the pain, fear and chaos swirling within, so that eventually it became clear that everyone in the room had slowly begun to think the worst of me. And yet I continued. I kept moving knowing that the tracks of my deepest hard wiring wanted nothing but to stop me, to save me, to reassert control over me so they could prevent me from being disliked, despised, excluded from the group, the tribe, and as far as my nervous system was concerned, left for dead.

But somehow I kept going, somehow I kept pushing. And slowly the muscles that I had been attempting to find and build began to come into focus more fully. Bizarrely I had never felt stronger, and as my internal screams continued to grow louder, I found myself whispering to myself internally amid the pain and the fire and the mayhem … this I am choosing.

For the first time ever, this, I know … I am willing.

For more information about building the muscle of free will check out this thing I made.

Image credit: ‘Free Will’ by Keshava Shukla (with permission from the artist). To purchase prints click here. 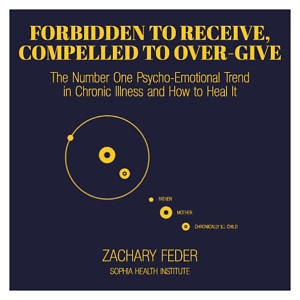 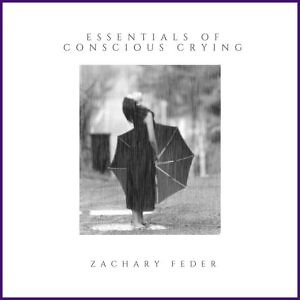 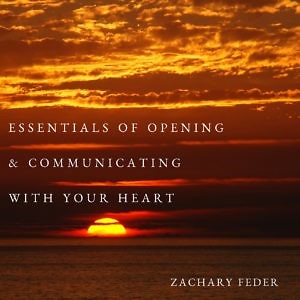 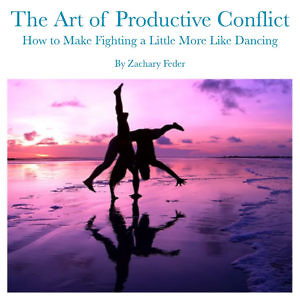 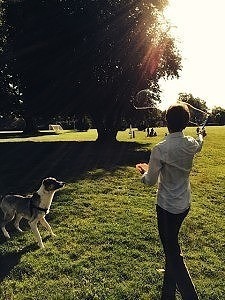